Concentrated Positions Can be Too Risky 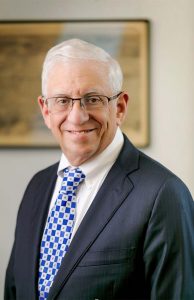 The clients that invest according to our recommendations are well diversified.  The principal of diversification is that by having money in different stocks or different kinds of investments, major losses are much less likely to happen.  Diversification of stocks will not prevent losses – if the entire stock market would decline, clearly, a diversified portfolio of many different stocks will likewise perform poorly.  The children’s story which told of “not having all of your eggs in one basket” illustrates what happens when there is insufficient diversification. 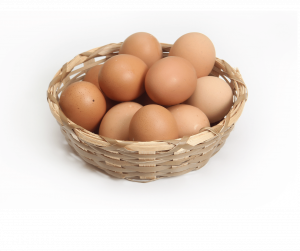 Every so often during my career, someone transfers in a large position in the stock of one company.  Selling the stock outright could trigger some very large capital gains, generating a five or six figure tax liability.  Often, it was an inheritance that the client received from a relative that sold their company.  Other times, the position is initiated by a special belief in the management and success of the company.  It is easy to explain the risks of having too much money invested in a newer or smaller company.  The issue is why should a person sell the stock of a large, well known and highly successful company.   I will illustrate below:

The first stock I will use is, the stock Merrill Lynch –   It was ML on the New York Stock Exchange.  This was, and continues to be, a name brand in the investment business.  It had, and continues to have, a stellar reputation in their market.  The investment business was and continues to be cyclical, but no one was prepared for the market on mortgage backed securities to crash, making Merrill Lynch insolvent.  The US Treasury secretary arranged for Bank of America to bail them out and the company continues operating today.  All of the stockholders were wiped out.

Lucent Technologies was the successor company of what used to be known as Bell Labs. When A.T and T was broken up, it became its own company.  They were at the top of the market and one of the leading technology companies, poised to succeed in the new digital age.  At one time, they were the most widely held stock with 5.3 million shareholders. The stock peaked at $84 per share.     Unfortunately, due to questionable accounting and unsuccessful ventures, the stock declined to 53 cents per share a few years later.

General Motors was the largest manufacturer of automobiles in the world.  It has sold name brand cars for several generations.  In 1967 it manufactured its 100 millionth American made car. In 2007 its stock sold for $30.72 per share.  By 2010 the shares were worthless.  The company was bailed out by the US Government.  Its shareholders were wiped out.

Unfortunately, selling a large position could cause capital gains to be realized causing significant tax liability.  To reduce shares without excessive tax liability, you could sell some shares year by year.  You could also sell call options which could have a similar result.

There actually is a way of reducing a large position of a major stock without taxes.  This involves transferring some of your stock to a tax managed limited partnership.  While I am mentioning this in this blog,  I would recommend this strategy under extremely rare circumstances as it has serious disadvantages which I will not elaborate on here.  It is only open to larger investors.    Of course, the best way to avoid taxes is not to sell it at all, until the basis steps up for the next generation. (If a person dies with a highly appreciated position, the tax liability starts over on the date of death.)    This method would work fine as long as nothing bad happens to the stock in the meantime.

Raymond James and most all investment firms, recommend to all clients not to have more than ten per cent of their money in any one stock.  The Courts have held investment firms liable when highly concentrated positions have substantially declined, unless they can prove that the clients were urged to reduce the positions, recently and regularly.

Any opinions are those of the author and not necessarily those of Raymond James. This material is being provided for informational purposes only and is not a complete description, nor is it a recommendation. Investing involves risk and you may incur a profit or loss regardless of strategy selected. Past performance is not indicative of future results.